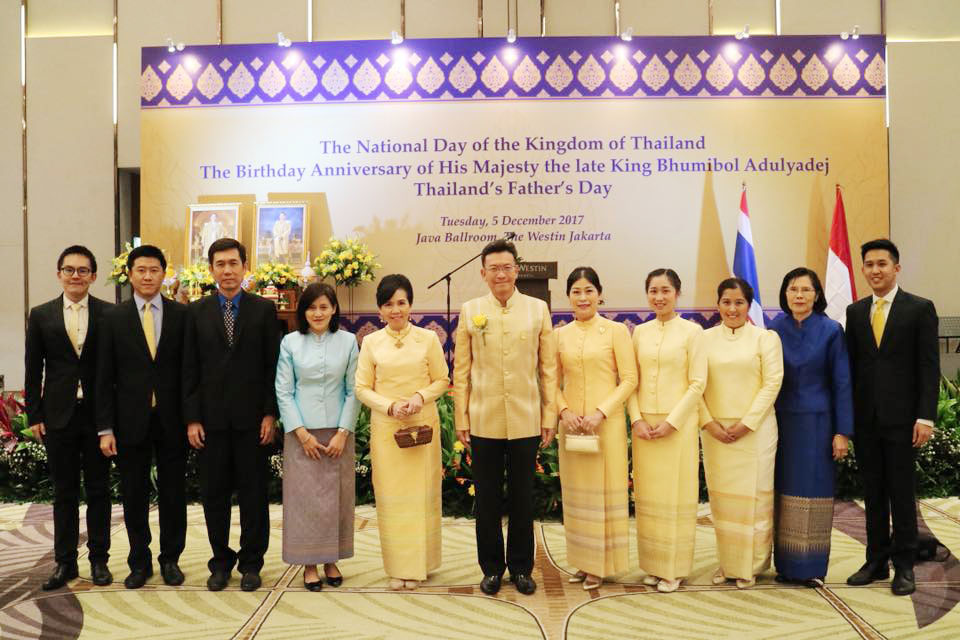 On 5 December 2017, H.E. Mr. Pitchayaphant Charnbhumidol, Ambassador of Thailand to Indonesia, presided over the reception on the occasion of the National Day of the Kingdom of Thailand, the Birthday Anniversary of H.M. the late King Bhumibol Adulyadej and Thailand’s Father’s Day, at the Westin hotel, Jakarta. The event was co-organized by the Royal Thai Embassy in Jakarta, the Permanent Mission of Thailand to ASEAN and other agencies in the Team Thailand.

Amongst the 700 guests attended include Mr. Tjahjo Kumolo, Minister of Home Affairs, as the Guest of Honour, Mr. Fadli Zon, Deputy Speaker of the House of Representatives, Mr. Sandiaga Uno, Vice Governor of Jakarta, as well as foreign Ambassadors and their spouses, members of Thai Community in Indonesia.

Minister and Deputy Chief of Mission met with Director of APEC and International Trade Negotiation, Indonesia

Meeting with Director of Southeast Asia Division, Indonesia, to increase trade and investment