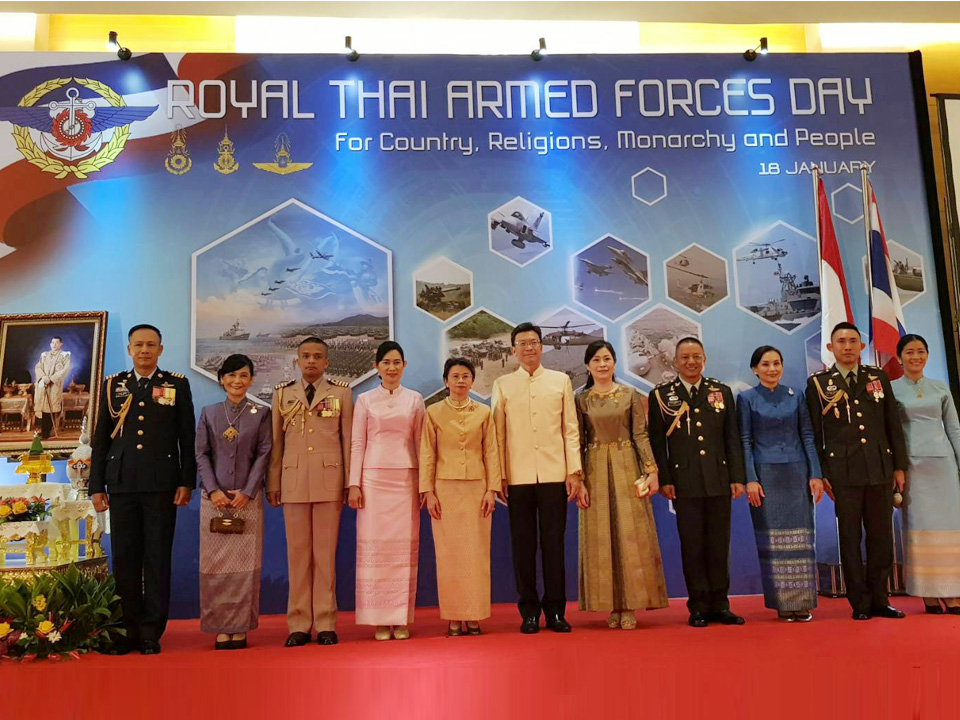 On 25 January 2018, H.E. Mr. Pitchayaphant Charnbhumidol, Ambassador of Thailand to Indonesia, presided over the reception to commemorate the Royal Thai Armed Forces Day 2018 at hotel JS Luwansa in Jakarta. The event was organized by the Office of the Defense Attache and supported by the Royal Thai Embassy in Jakarta, Team Thailand, and Thai community in Indonesia, with over 400 guests attended including Indonesian Armed Forces, foreign military attache and diplomatic corps in Indonesia.