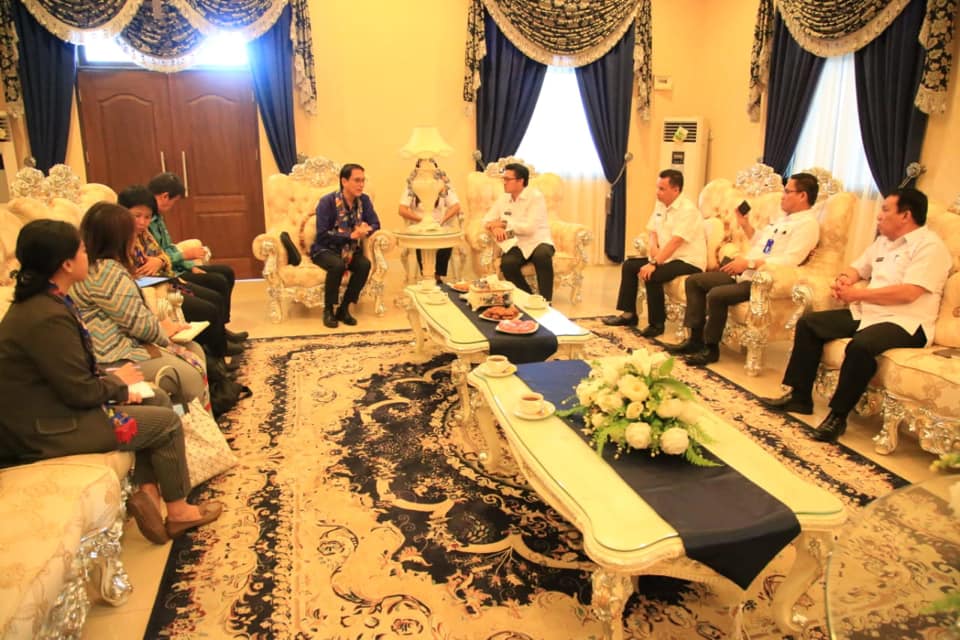 On 18 September 2019, H.E. Mr. Songpol Sukchan, Ambassador of Thailand to Indonesia met with H.E. Mr. Audy Pangemanan, Regional Secretary of Bitung, North Sulawesi Province. Both  sides discussed ways to increase economic cooperation between Thailand and Indonesia.  The city of Bitung is well known for agricultural products such as coconuts as well as fisheries, and both sides expressed their hope that bilateral trade and investment will increase in these areas as well as others. During his visit to Bitung, the Ambassador also visited the Port of Bitung which is separated into a cargo port and a fisheries port. Bitung Port has helped suport industrial activities in the eastern region of Indonesia by facilitating the transportation of goods. Later in the afternoon, the Ambassador visited the Head of the Investment Office in Bitung and learned more about the benefits of the Bitung Special Economic Zone (SEZ) such as tax holidays and other incentives.